Start a Wiki
WELCOME TO

What is Super Awesome Quest? 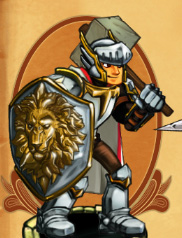 This mobile game follows the adventures of Greg, the Paladin and his friends on their quest for honor, riches, and super awesomeness by fighting the hordes of the Undead Army, crafty kobolds, nefarious bounty hunters, dangerous dragons - and more - through an innovative token-flipping combat system.

Retrieved from "https://superawesome.fandom.com/wiki/Super_Awesome_Quest_Wiki?oldid=4202"
Community content is available under CC-BY-SA unless otherwise noted.